Yes....in many ways, things are rolling along right now.
I've been a busy bee all summer season with art...for shows, the gallery, collections, as well as workshops (two more to go)....not to mention that my daughters wedding is next week!!!

Soo...with my husband away this weekend at a boat show and some free time to actually play in the artroom a bit....I tried out a process for making some rolling stamps. Yes...kind of a "rubber stamp"...but round...so you can roll it. I read an article in a Cloth Paper Scissors project ebook and just had to give it a spin :) 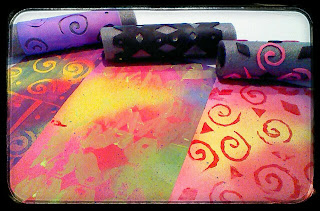 I cut patterns out of fun foam...but I actually bought fun foam that had an adhesive backing on it already. After cutting my patterns out...I realized I could save them and then attach them to another roll to create both a positive & a negative stamp. Nice.
I used the pipe insulation as the base for the rolling stamp. Yes...I realize you can cut the insulation itself to crate a stamp...but the cutting isn't as easy...and I didn't have any cardboard tubing available at the moment to use...so the insulation was a perfect fit....and the adhesive backing on the foam holds nicely to it.
In this pic you can see two different rollers I made with two different images....and the third one is the one I made using the cut out pieces from the others.
These will come in very handy when painting rice paper for my Torn Paper Paintings. I'm really enjoying all the experimentations I've been doing lately.
Oh yes...and the pic of the seahorse I was experimenting with the background for is posted on the FaceBook Fanpage....go have a look!!!
Off to roll more backgrounds for a while....then back to rolling along with the wedding plans!!!
Pics from that will most likely be next :)
Posted by WW at 3:33 PM No comments: 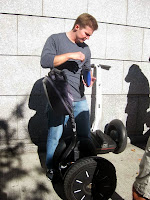 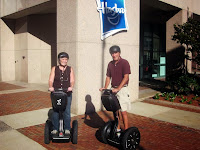 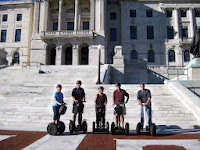 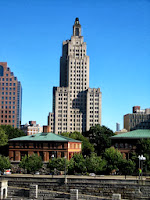 I can't believe it's Sept already. The winters seem to last forever....but not so for the summer!!!
I've been very busy and yes, have neglected my postings once again. Will try to do better this month...but must warn you....this is also the month that my beautiful daughter is getting married....so I may be a bit distracted...lol
To fill you in on what's been going on....lots of art. Yes...that's what keeps me busy in the art room and not so much online. Summer is certainly the busy season...and I'm happy for that!! 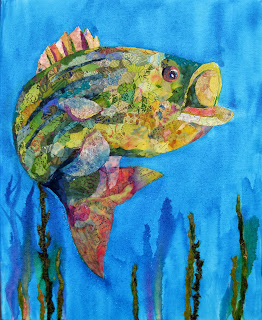 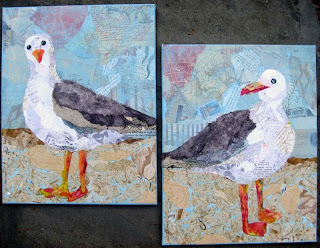 Newest pieces....I've done another Bass, different coloring than the first...and since two seagulls recently found new homes, I did another two..."Ben & Jerry"...lol 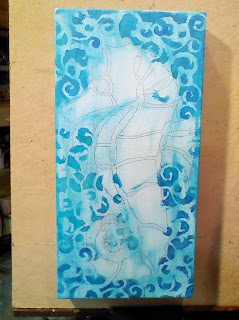 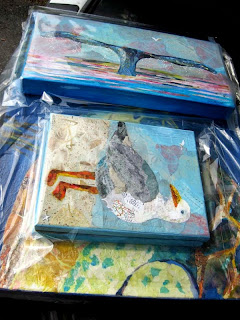 Right now I'm in the middle of a piece where I'm experimenting with backgrounds. This one is a seahorse. Usually I only do seahorses in the mini size..about 3" high. This one is 16" tall.
Will have to post a pic for you when it's done...but for right now...I'm pretty pleased with the way it's going.


The other update is that I finally got to deliver the four pieces that are becoming part of another corporate collection.
It is a brand new medical facility that is just doing the finishing touches on getting ready to open. I can't wait!!
Will tell you more about that too when the opening is official.

Soo...now that I've made a good start to a brand new month (and season) and have gotten you all up-to-date....fingers crossed that I come by here a bit more often.
At the very least...you can be guaranteed that there will be wedding pics showing up at the months end :)