Having had my feelings over the last few days go running around rampant...I find myself sitting here trying to piece it all together....if for no other reason than to simply "get on with it".
When my emotions are at odds I find I can dwell for ages on them.

I've been finding myself feeling badly about an art sale. Silly, right? Why feel badly because you actually sold a piece of art?

Well...I was doing alright before that. I had been working through the weekend as a "guest artist" in a small rural gallery during the weekend. It was a busy "open studios" weekend which, while it brought more people into the gallery, most folks were actually running around to artists studios. Understood.
That was alright by me.
I'd wished it had been busier and maybe made more sales....but I was ok.
I'd made some sales, although small, and made numerous connections for new workshop students and possible new workshop proposals. All in all....I felt good about the outcome.

Sooo....why would a sale of a piece of art at the end of a show make me feel badly?
First of all....because it was to a friend. This nice couple we're good friends with came in toward the end and the husband turned around and made the final purchase of the day. These are people I've actually "given" three piece to....so for some reason it felt wrong for him to buy this.

That's when it hit.
I started loosing my confidence and feeling insecure and began telling myself he was only buying it to make me feel better about not having made big sales over the weekend.
That he felt badly for me and thought I was disappointed in the show and he wanted to make me feel better.
I actually got upset with him and didn't want him to make the purchase...but he continued on and...and I was visibly upset.
I didn't want someone to feel bad for me. I had been ok. I figured he could only be doing this out of feeling badly....never because he actually wanted it!!!

As it turns out....maybe he did.
He had purchased one of my birds...a cardinal. Seems the cardinal is the state bird of his home state. Then, as my husband made mention...the sighting of a cardinal in your yard is believed to be that of a loved one visiting. Well...this mans parents passed away not that long ago....and they had both still been living in this home state.
Hearing this almost made me glad that he had this piece.

Sooo....why had this made me so upset?
Well....let's just say that an artist may always be an insecure fragile being. I had still been trying to recover from the confidence beating I took by being rejected, once again, from a local juried show that for some reason I felt I needed the approval of.
Then, going to the opening of that show and seeing the works that "they" felt were the acceptable art...could do nothing but make this feeling worse. If you'd seen the show...you'd understand.
We go around seeking the approval of individuals who really mean nothing to us and hold no weight at all on our futures.....but we let them break us down and make us doubt what we do and how good we are at it.

So...by the time my friend had decided on that painting, I'd already spent days trying to recover my ego from the first hit.
I had now just accepted the less then stellar sales of the weekend and simply appreciated the connections I'd made.
But....I guess my emotions were still a bit raw when this purchase happened....and I ended up taking it as gesture of sympathy for me rather than a compliment to my work.
I do regret that and wish I could have felt better about it.
Emotions are a strange thing and we often have no control over them and don't always even realize right away where they're coming from.
Yes...I know I'll recover from these last few days. I'm also aware of some things I do and don't want to put myself through in the future.
I'm not saying it won't happen again....I'm actually quite sure it will. I only hope to handle it better each time and hope to learn from it.
Things have been going really well for me...and I need to remember that and continue moving forward.
Posted by WW at 1:41 PM No comments: 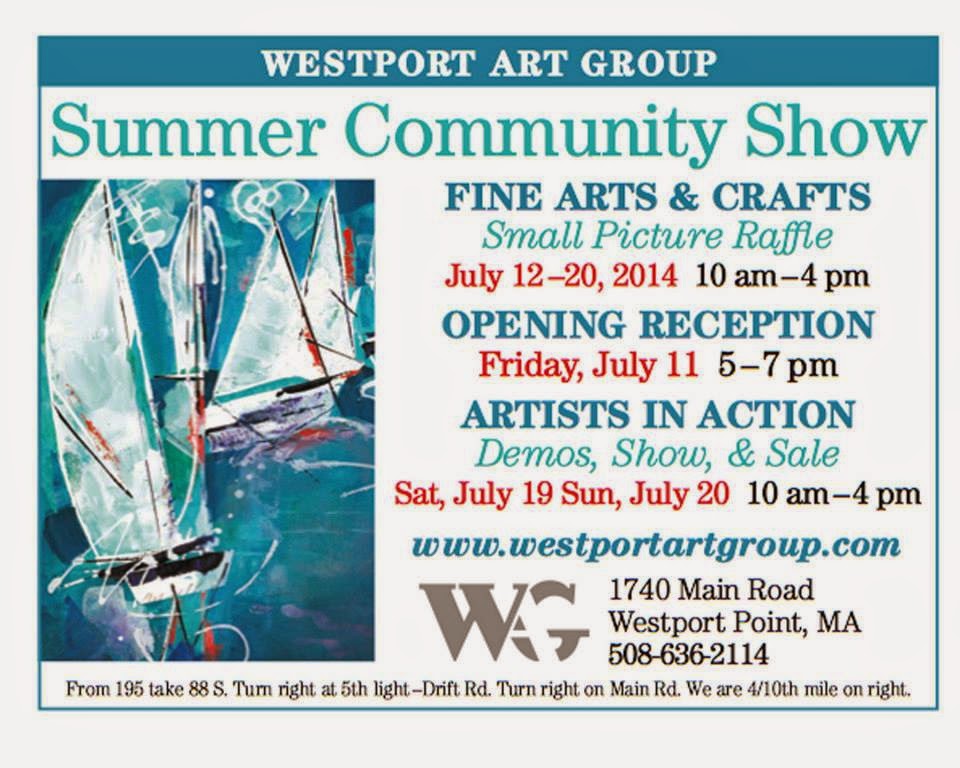 It must be written somewhere that all creative activities in the summer must take place on the same weekend!!!
For whatever reason....that's the way it works around here. Trying to take advantage of all of it is nearly impossible....but sometimes we try...lol
This coming weekend is the one...yep....every artist and art lover in the area will be out in full force! Westport Art Group got a jump on everyone and started their show last weekend. It'll run through the week and wind itself up this weekend.

Then there is the HUGE yearly event...the South Coast Open Studios Tour. If you click on the page then click on the "open studios" tab...you'll even be able to download the maps and brochure for this event. It's always a fun day full of inspiration to drive around looking into the inner workings of all those art studios!!! 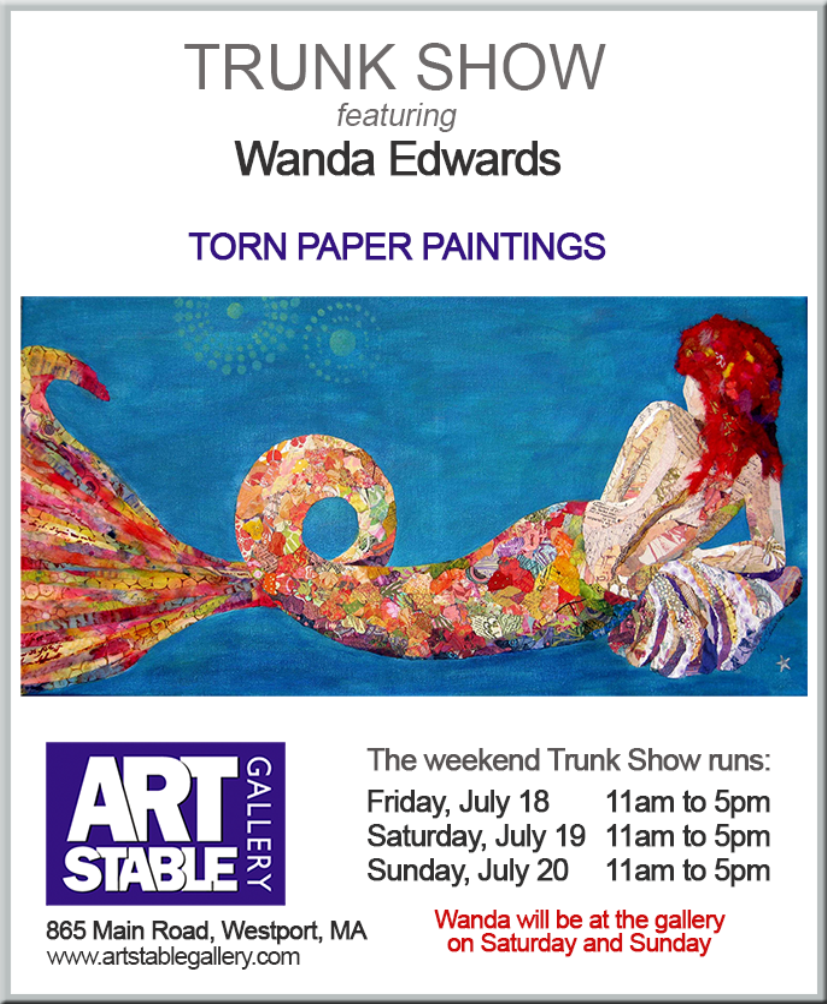 Lucky for me...there's another open studios day like that next month as well, because this weekend I'll be quite busy myself as a guest artist for the July trunk show at The Art Stable Gallery in Westport, Ma.
I'm really looking forward to this. The weather is (fingers crossed) so far...predicted to be lovely.
With all the events going on all over the area for the weekend...it's sure to be a busy place. I love meeting everyone and answering all their many questions...and being able to talk "shop" with all the other artists around.
I also plan to bring some small pieces with me that I can work on if there are slow periods.
If you're in the neighborhood....stop by and say hello!!